Wukesong Sports Centre, the first venue in China to run the two professional sports events at the same time, can realize the competition mode transformation from ice hockey to basketball.

Built in 1968, the Capital Indoor Stadium is the first artificial indoor ice rink in China. In 2022, this stadium will be the venue for short track speed skating and figure skating.

The National Speed Skating Oval, also known as the "ice ribbon", is the only new venue built for ice competition. It will hold the speed skating events and award 14 gold medals.

Big Air Shougang will undertake the big air events of snowboard and freestyle skiing. The design concept of the platform is derived from the traditional flying Apsaras in Dunhuang frescoes in China.

After the transformation, it will be the venue for the Men's Ice Hockey competitions as well as for some of the Women's, and for the Para Ice Hockey during 2022 Paralympics.

Alpine skiing is known as "the pearl on the crown of the Winter Olympic Games". The National Alpine Skiing Centre has seven courses with large slopes which are extremely difficult to build.

The National Sliding Centre is the competition venue for bobsleigh, skeleton and luge events in the Beijing Winter Olympics. The venue has 16 curves with different angles and slopes.

Genting Snow Park will be the venues for Aerials, Halfpipe, Moguls, Slopestyle, Cross and Parallel Giant Slalom of both snowboard and freestyle skiing.

The National Biathlon Centre will be the venue for biathlon events of Beijing 2022 Olympics and Paralympics. It is arranged with firing range, skiing track, start & finish area, etc.

The architectural design of the ski jumps is resembling a Ruyi scepter, a Chinese talisman, which is why the facility is being called "Snow Ruyi". It will hold the ski jumping and Nordic combined events. 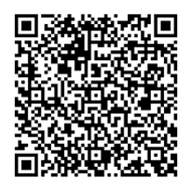 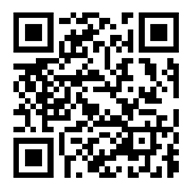