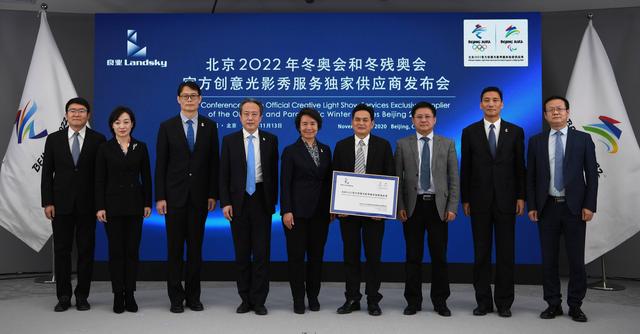 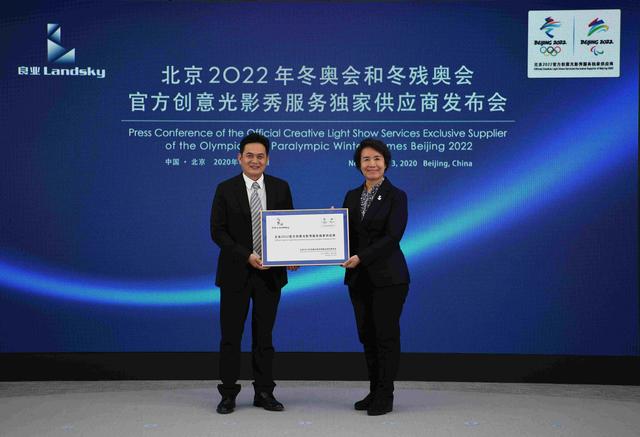 During the press conference held at Beijing Light Technology Museum, Han Zirong, Vice President (Full Time) and Secretary General of Beijing Organising Committee for the 2022 Olympic and Paralympic Winter Games (hereinafter referred to as Beijing 2022), handed over the Official Exclusive Supplier nameplate to Liang Yi, Board Chairman of Landsky. 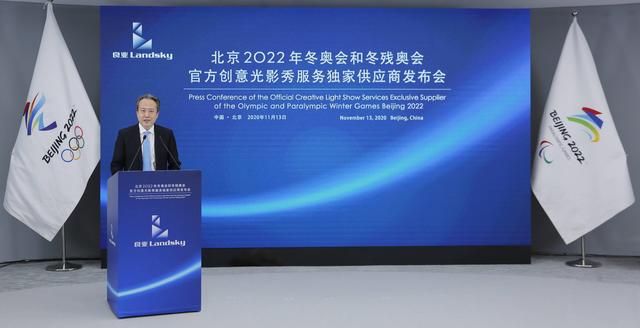 Piao Xuedong, Director General of Beijing 2022 Marketing Department, welcomed the new partnership, saying that the creative light show has become an indispensable part of major national and international events and sports competitions, and it also prospers the night-time economy and creates new economic growth for the city. “Its cooperation with Beijing 2022 is a precious opportunity for Landsky, which will illuminate Beijing, a two-time Olympic host city, with the light of technology and creativity.” Piao added.

Liang Yi assured the audience that Landsky has always adhered to its concept that “Light Narrates the Stories of Cities”, and will be fully committed to its vision that “Light Narrates the Stories of Olympics”. With its cutting-edge light technology, Landsky will provide high-standard creative light show services to the Beijing 2022 Games and light up the city landscape.