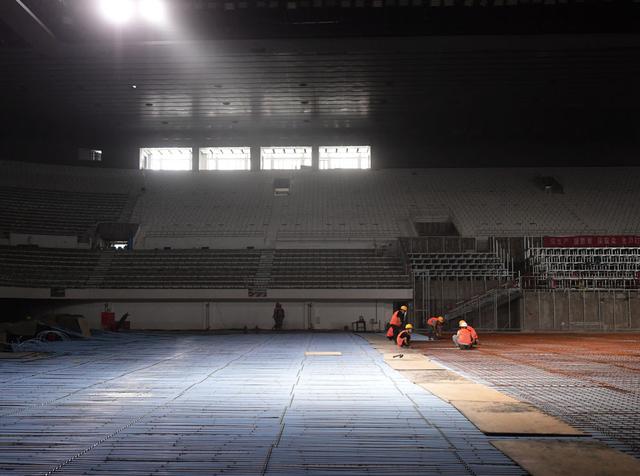 Venue construction for the Beijing 2022 Winter Olympic Games is right on track as all ice rinks set to stage the Olympic competitions will be ready to produce ice by the end of this year, officials said.

Beijing Major Projects Construction Headquarters Office confirmed on Saturday that up to now, 12 out of 15 ice rinks have been completed and the installation of the ice production equipment has started.

Two test events have been scheduled for December at the Capital Gymnasium - the ISU Grand Prix Final of Figure Skating and the ISU Speed Skating World Cup.

There are 13 venues planned in the Beijing competition zone. Among them are four newly built, seven renovated and two temporary venues. Up to now, the Shougang Ski Jumping Platform and the comprehensive training hall for China's winter sports teams have been completed.