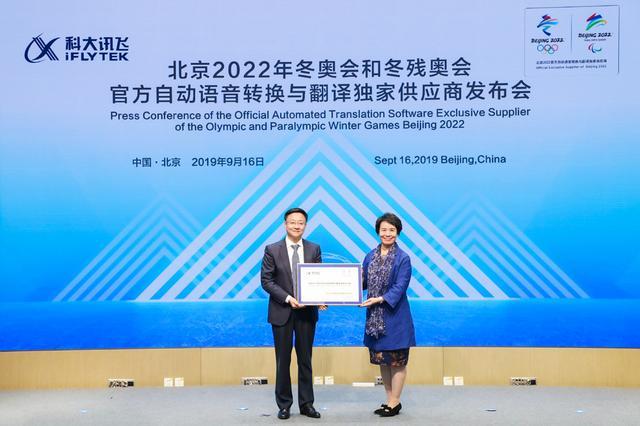 At a ceremony held at the Organising Committee’s headquarters, Han Zirong, Full-Time Vice President and Secretary General of Beijing 2022, issued an Official Exclusive Supplier certificate to Liu Qingfeng, Chairman and CEO of iFLYTEK.

Liu Qingfeng, Chairman and CEO of iFLYTEK, said that it was a great honour for the company to become an Official Exclusive Supplier of Beijing 2022.

“iFLYTEK will provide Beijing 2022 with powerful technology in automated voice transcription and translation,” Liu said. “We will try our best to help athletes and friends from all countries participate in the Games without being held back by language barriers.”

Founded in 1999, iFLYTEK has become an industry leader in voice and language, natural language processing, machine learning, and adaptive learning technologies. The company is committed to make machines “able to hear, speak, understand, and think”. 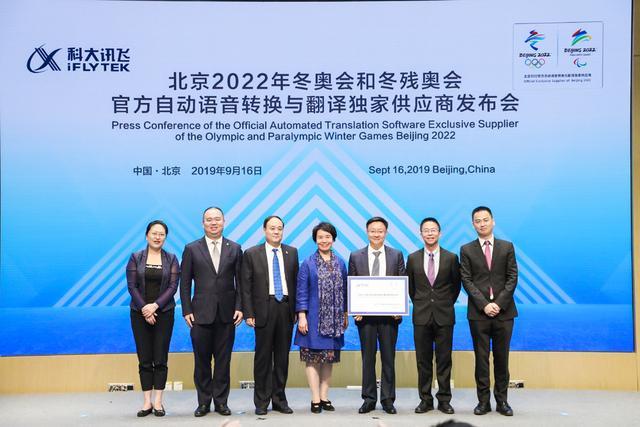