On the evening of 10 May 2019, renowned Chinese Olympians and pop stars joined some 1,500 people at Beijing’s Olympic Park to celebrate the 1,000-day countdown to the Olympic Winter Games Beijing 2022. 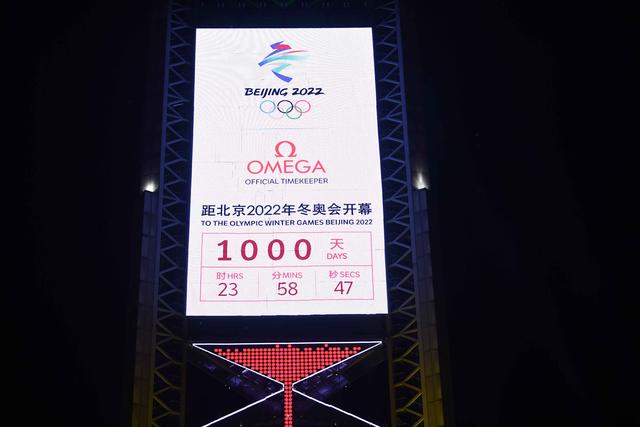 The appearance of the number “1,000” on the huge LED screen situated between the 4th and 7th storeys of the 132-metre tower was met with applause and cheers from the crowd. The body of Linglong Tower, a broadcasting facility for Beijing 2008, comprises stacked glass pyramids, which effect a building of sandglasses. One of the favourite spots for the tens of thousands of residents and tourists who visit the Olympic Park every day, the tower is a fitting venue from which to count down to the first Olympic Winter Games in China. 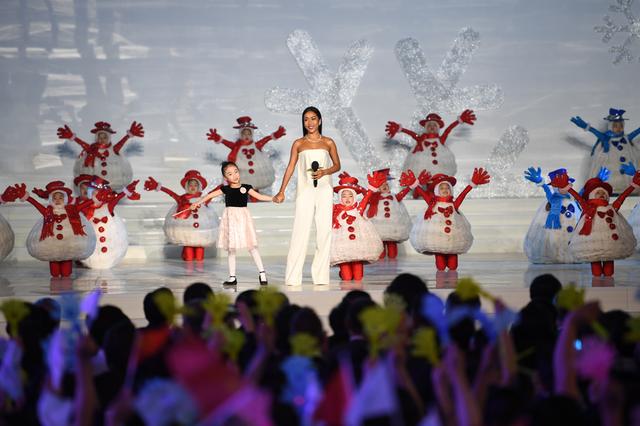 Chen Jining, Mayor of Beijing and Executive President of Beijing 2022, noted that with the start of the 1,000-day countdown, a new stage of Games preparations begins.

“We will fully and faithfully implement President Xi Jinping's instructions on Games preparations. Committed to a green, inclusive, open, and corruption-free approach to hosting the Games and in compliance with Olympic Agenda 2020, we will deepen exchanges and cooperation with the IOC, and endeavour to deliver a fantastic, extraordinary and excellent Olympic and Paralympic Winter Games,” Chen said.

Yu Zaiqing, Vice President of the International Olympic Committee, congratulated Beijing 2022 for making strong progress in Games preparations, especially the efforts made to engage millions of people with winter sports.

“For the first time, the Olympic Winter Games Beijing 2022 will bring the excitement of Olympic sport on snow and ice to China. Building on the legacy of 2008 and guided by Olympic Agenda 2020, these Games will inspire a new generation with the Olympic values,” Yu said. 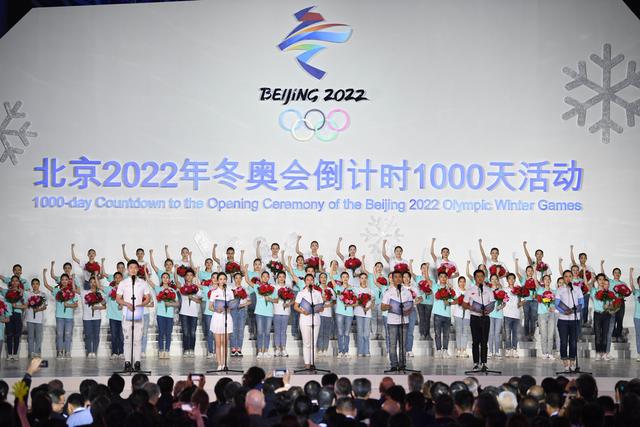 The 1,000-days-to-go celebration was preceded by a signing ceremony inside Linglong Tower between Beijing 2022 and State Grid Corporation of China (SGCC), which became the ninth Official Partner of the Games, adding to the success of Beijing 2022’s Marketing Programme.

Preparations for the Games have been picking up speed across the board. Mascots are expected to be unveiled in the second half of 2019, and by the end of the year, several new venues will be completed and ready for the first test events.

In another exciting launch, Beijing Television (BTV) introduced its new Sports and Documentary Channel at the 1,000-days-to-go ceremony. The nationwide satellite channel will increase Beijing 2022-related coverage. It will also broadcast more competitions to meet the growing demand for winter sports content as the Games draw closer.

The Olympic Winter Games Beijing 2022 will take place in February 2022, coinciding with Chinese New Year (Spring Festival), the most important holiday in China. Interspersed by the Great Wall and steeped in history, the three zones of Beijing, Yanqing, and Zhangjiakou will host 109 events in 15 disciplines of 7 sports.

A variety of events — including photo contests, flash mobs, performances, art exhibitions, volunteering drives, sporting competitions, and a marathon — have been planned for the weekend of 11-12 May to celebrate the 1,000-day countdown in Beijing, Yanqing and Zhangjiakou, as well as in cities like Shijiazhuang and Qinhuangdao.