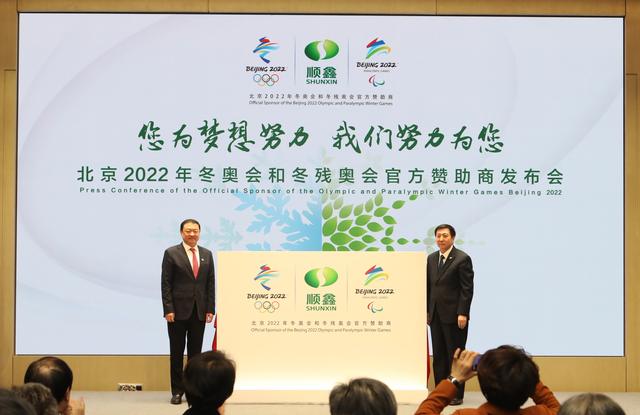 An industry leader in the Chinese capital, Shunxin will supply Beijing 2022 with fresh meat, seafood, fruit, and vegetables, according to the partnership announced during a ceremony at the Organising Committee’s headquarters.

Han Zirong, Secretary General of Beijing 2022, praised Shunxin for playing an important role in supplying Beijing residents with a variety of meat and produce for many years.

“Shunxin as an Official Sponsor carries our trust and we also have high hopes for the company, as food quality is key for the success of the Games,” Han said. “We expect Shunxin to strictly follow Olympic standards on food safety throughout the manufacturing and shipping processes.”

Wang Ze, Board Chairman of Shunxin Holdings, assured the audience that Shunxin would make utmost efforts to keep its promise to provide Beijing 2022 with safe meat and produce.

The search for tier-two Official Sponsors has also been going on smoothly since August 2018. Tsingtao Brewery Co., Ltd. and Beijing Yanjing Brewery Co., Ltd. became Beijing 2022’s Official Beer Sponsors on 17 December, while the Arawana brand of the Yihai Kerry Group was announced as the Official Cooking Oil and Grains Products Sponsor on 20 December.

More Official Sponsors are expected to be signed in 2019.