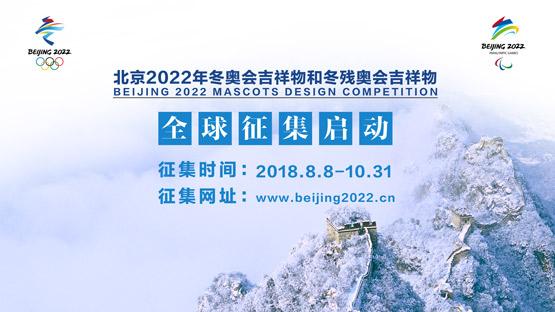 Beijing 2022 today launched a global design competition for the mascots of the 2022 Olympic and Paralympic Winter Games, inviting people from around the world to come up with original designs for these important ambassadors of the Games.

Mascots are among the most memorable symbols of the Olympic Games and Paralympic Games. Beijing 2022 looks forward to receiving creative design proposals from across the globe that embody Olympic and Paralympic values, affirm the vision of the 2022 Games, and reflect Chinese culture.

The launch ceremony for the design competition was held as part of an event to mark the 10-year anniversary of the Olympic Games Beijing 2008. The anniversary celebration also coincided with China’s 10th National Fitness Day, providing a fitting setting to look ahead to Beijing 2022 while celebrating the legacies of Beijing 2008.

The ceremony and the celebrations took place in the plaza between the “Bird’s Nest” National Stadium and the “Water Cube” National Aquatics Center. These two iconic Beijing 2008 venues will be used for Beijing 2022, serving as the opening and closing ceremonies venue and the curling venue, respectively.

When the new school year begins in September, elementary and secondary school students across China will be encouraged to create their own mascots for the Games in art classes, as part of Beijing 2022’s Olympic Education Program to engage more youth.