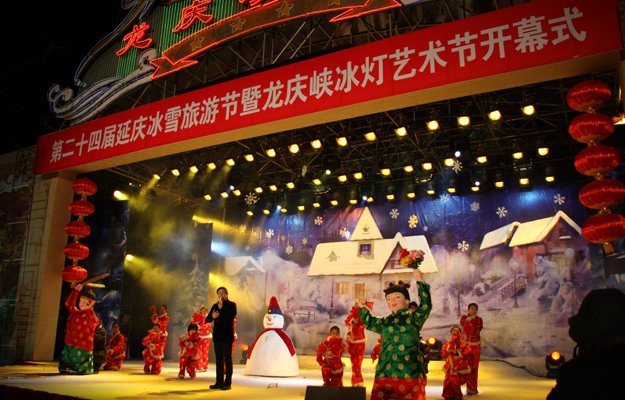 Steeped in history, Yanqing County has a solid cultural foundation and is a meeting place of agricultural and nomadic cultures, The forebears of Yanqing had cultivated diligently and procreated from as long as the Stone Age up until the modern era, and left behind hundreds of cultural relics and ruins along with unique folk customs. The Great Wall spans the region dotted with towering temples and ancient towns and intersected by post roads, where the long and profound Gui River culture continues to this day. The cultural legacy of Yanqing county may fall into eight major dimensions:

Landscape culture: Yanqing is surround by mountains on all three sides and a river. It enjoys a pleasant climate and picturesque scenery. The county is blessed with natural wonders such as the scenic areas of Songshan Mountain, Yudu Mountain and Longqing Gorge along the north mountain ranges; the tourist attractions of Dishuihu and Wulong Gorge in the east mountain area; and Kangxi Grassland and the ecological corridor along the Gui River in the west and central valley areas, respectively. They are not only the great creation of the nature, but also the results of the ecological construction in Yanqing, which form unique cultures with their respective appeal.

Geological culture: The geology of Yanqing is distinctive in northern China. Silicified woods from the Late Jurassic spanning from 140 to 180 million years ago were found in the northeast of the county. Found in primary stratification, they are large in number and well preserved, making it the only conservation area of such scale in northern China. The Silicified Wood National Geopark was developed and built here. It measures 26 kilometres east-west and 6 – 8 kilometres north-south, and occupies a total area of 226 square kilometres. The park is ideal for geotourism, scientific research and exploration and cultural tourism in the east mountain area of Yanqing, where fossils of native plants and animals, landforms and landscape, structural features, mineral deposits, hydrology, natural and ecotourism resources, folk customs and cultural sceneries can be found.