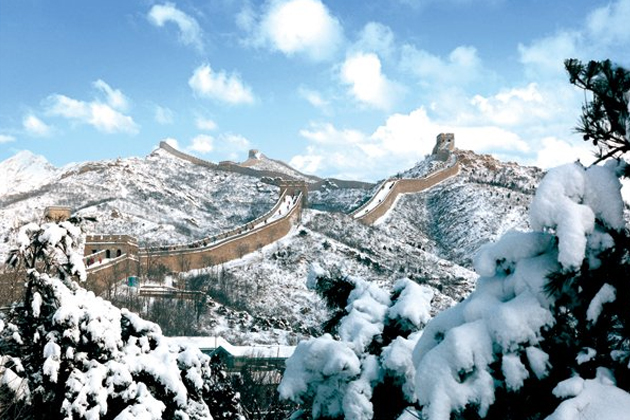 Located in northwestern Beijing, Yanqing District is 74 kilometres from the city centre and occupies a total surface area of 1,993.75 square kilometres. It has a permanent population of 317,000. It is the ecological and resource development area of the capital, and is known as the summer city of Beijing. Yanqing is fully committed to becoming a “city of ice and snow”.

Rich in natural resources, the picturesque natural landscape of Yanqing is a beautiful painting showcasing the versatile face of Beijing. The district boasts outstanding ecological environment and high forestation, and its air quality is the best in the city for many consecutive years. As a national ecological civilisation pilot base and national ecological county, lush mountains, crystal-clear water and blue sky have become its model image.

The district is a top tourist destination in suburban Beijing and has over three-dozen unique sights, including Badaling, Longqing Gorge and Mount Yudu. Many spectacular leisure activities take place in Yanqing District, such as the ice lantern and snow festival, attracting 20 million visitors each year. Yanqing District is steep in history with profound culture. Its highly distinctive regional cultures such as that of the Yan and Yellow Emperors, Guichuan and Great Wall added to that of Beijing.

In recent years, Yanqing District has accelerated its connection to the world. It has successfully created Yanqing Global Geopark of China in 2013 and hosted the World Car Camping Conference and the International Conference on Grapevine Breeding and Genetics in 2014, and the World Potato Congress in 2015.

The International Horticultural Exhibition 2019 will take place in Yanqing Zone, while the Alpine Skiing, Bobsleigh/Skeleton and Luge competitions of Beijing 2022 will also take place here. The beautiful Yanqing District is showcasing the world her unique charm; the international Yanqing District is ready to take off; and a world-class ecological civilisation demonstrative area is setting off on a new quest.