Competition to become the host city for the 2022 Olympic Winter Games used to seem quite fierce. By now, however, most cities somehow turned around and started to rush to withdraw from the competition. Beijing has a good chance of winning, but a lot of people are opposed to the bid on the Internet. 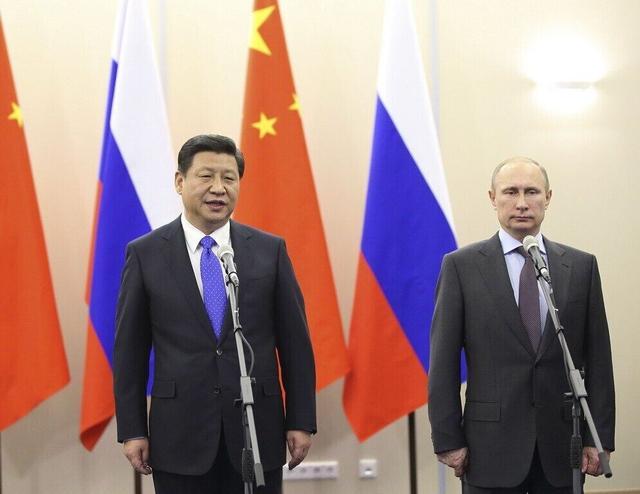 The latest official opinion poll indicates a broad base of support for the Beijing-Zhangjiakou joint bid to host the 2022 Olympic Winter Games. According to the poll, 91.8% of Beijing residents support the bid, 99.5% of the people living in Zhangjiakou are supportive, and 96.3% of the people in other cities are supporters. Unfortunately the accuracy of this poll was questioned, because votes collected by all Internet portals show the opposite. Global Times argues that the Internet is dominated by populists and that as a result, the Internet cannot demonstrate what the people really want. For instance, most Chinese aged over 50 do not use the Internet.

In the beginning, Beijing was not considered as a very hopeful bidder for the Winter Games, due to the fact that PyeongChang South Korea has already won the bid for the 2018 Games, while there has been no precedent for two Asian cities to host consecutive Games. Later, competitors started to drop out, including Munich (Germany), Davos (Switzerland), and St. Moritz (Switzerland), which failed to win the support of their people. Besides, Stockholm (Sweden) withdrew its bid because of financial concerns; Krakow (Poland) left the competition under the pressure of its media; Oslo (Norway) does not have political support; Lviv (Ukraine) has been thrust into turmoil. Consequently, there remains one bona fide contender with Beijing and Zhangjiakou, Almaty (Kazakhstan), a city of 1.4 million people. Barring accidents, I believe that Beijing-Zhangjiakou will win the bid to host the Olympic Winter Games. When that happens, Beijing will become the only city in history that has hosted both the Summer and the Winter Games.

Lots of opposing opinions are posted on the Internet. In summary, these opinions centre around doubts that hosting the Games would waste money, disturb people, and provide opportunities for corruption. Populists argue that money should be spent on health care, housing, education, pension, and unemployment to improve social welfare. In the meantime, nationalists believe that China should build a few carriers to defend its maritime safety against Japan, Vietnam, and the Philippines. No doubt social welfare and national sovereignty are essential. However, the Olympic Winter Games will not become the root of all evil. Thinking this way means shallowness, short-sightedness, and radicalism.

A series of sporting events were staged in China in recent years. Some vanity projects burned a hole in the country’s budget. Even scandals occurred while organising these events, such as the corruption case related to the Shenzhen 2011 Universiade, where an official embezzled an astonishing 12.8 billion yuan! Both the good and the bad are involved in hosting these events. Overspending led to distrust. Some large multi-sports games, such as the Asian Games, Universiade, and Youth Olympic Games have a limited impact in the world. Overspending is not worth it. On the other hand, the Olympic Summer Games, the Olympic Winter Games, and the FIFA World Cup are different, being the top sporting brands of the world. Hosting these games significantly boosts tourism, stimulates domestic demand, reduces unemployment, and cultivates a great sports culture.

Lin Yutang said that in China trust is infectious, so is distrust. In the waves of opposition to the Olympic Winter Games, which opinions are based on independent thinking or come from the bottom of one’s heart? Opposing the Games for the sake of opposing it and distrusting for the sake of not trusting can be compared to an ostrich that sticks its head to the sand to avoid reality. Rejecting large games for fear of wasting money or exhausting the people is like giving up food for the risk of choking. Why would Chinese not show the confidence and courage to host an edition of the Olympic Winter Games that is transparent and highly efficient and benefits generations to come?

Unlike developed countries in the west which are undergoing a sluggish economy, China is in a critical stage of rising power. BRICS countries, including Brazil, Russia, and South Africa, frequently host the Olympic Games and the FIFA World Cup. A similar rising country like China also follows this rule and has such a need. The Olympic Games are not to be avoided. The United States is the country that has hosted the largest number of Olympic Games. When Chicago bid for the 2016 Olympic Summer Games, both President Obama and the First Lady showed up in front to the International Olympic Committee (IOC) to plead for votes; Oprah Winfrey, “Queen of All Media” and anchor of the highest-rated talk show, also lobbied for support. Uncle Sam competed hard for the 2022 FIFA World Cup as well, but was eliminated. It is not based on fact to say that developed countries are not willing to host the Olympic Games or the FIFA World Cup.

Hosting sporting events should be analysed on a case-by-case basis. Some events probably provide opportunities for corrupt officials to win favour and snatch money. The Beijing-Zhangjiakou bid for the Olympic Winter Games, however, is monitored by President Xi Jinping and Premier Li Keqiang and led by Vice Premier Liu Yandong. It is also aligned with building one economic zone covering Beijing, Tianjin, and Hebei Province. For a long time, Hebei focused on “making sacrifices and making contributions” to support the nation’s capital; as a result, the province did not receive the resources and policies that it needed. The concept of building one economic zone surrounding the capital will change the situation, speed up infrastructure projects in Hebei, slow down population increase in Beijing, and thoroughly improve air quality. This joint bid is combined with the strategy of national development, exceeds the sphere of sports, and counts as a strategic move of the Chinese Government.

Zhangjiakou used to be a military base and did not benefit much from the Reforms and Opening up. The economy is relatively closed up and lacks development. When the Jing-Zhang High Speed Railway is built, it will make up for the “lost time”. “One-hour commute” between Beijing, Tianjin, and Hebei is a concept that transcends the old principle of serving the capital. In this joint bid, Beijing will focus on staging ice events and Zhangjiakou, snow events. The two cities will complement each other, each showcasing what it is strong at.

Marcello Lippi is surprised that Chinese do not support world-class events such as the Olympic Games or the FIFA World Cup. He said in his Chinese autobiography that China has the potential to host the Olympic Games and the FIFA World Cup. Almost every big city in China boasts a stadium that can hold 60,000 or 70,000 people. There is no problem at all in terms of venues (hardware) for China to host these events. Hosting large sporting events is a way to achieve twice as much while doing half of the work. Organising one World Cup will not change the soccer culture of a country, but this act will become a catalyst for lots of other things, particularly when soccer is gaining popularity.

A scandal broke out about the corruption involved in how Qatar became the host city for the 2022 FIFA World Cup. If Qatar is deprived of its host city status, Beijing will get a great opportunity to bid for the World Cup. By then, high-speed railways form a convenient network; smog and air pollution are significantly reduced. President Xi Jinping will still be in office. Will he be excited about hosting both the Olympic Winter Games and the World Cup? That will not be a nightmare, but a unique historic opportunity!